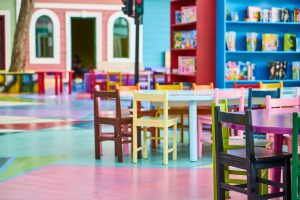 Many schools, as well as all nurseries, have been affected by the COVID-19 pandemic and have been shut down for a large part of the year.  For a long time, they could stay open, only to admit vulnerable children or children of key workers. In the UK, the problem is that many of these childcare provisions and nurseries are delivered and funded in different ways, from school nurseries to private bilingual nurseries. Therefore, the impact on the staff, parents, children, and others will vary depending upon the nursery. In particular, when a nursery is effectively a business, threats of permanent closure can arise, especially if a nursery goes into debt.

There are some businesses that focus on education and childhood care that receive their funding from state schools, but there are those that are privately funded. Free to parents, nursery education is part of state nursery classes that are directly attached to freestanding nursery schools or schools in general. Some nurseries have employees who will receive their money from the local authority, whether they can work or not. Similar to schools, state nurseries have a provision that will allow them to reopen, but only after the crisis is over.

There are certain nursery schools and state nursery classes that are only there for part-time support, which means they don’t take children that are three years of age or less. Therefore, parents who are utilising private day nurseries because they are working, which are also charging them, may be paying £80 per day for these services. Some childcare subsidies from the government are available, but both childcare and education subsidies rarely cover these fees because about 70% of these private nurseries are going to charge for extras which are above and beyond what the government pays.

Staff issues are another problem to consider when looking at the private nurseries sector. Nearly half of the employees, especially those who work for big chains, as well as some smaller businesses, have apprenticeship schemes which offer employment. It isn’t very clear as to what employment status these apprentices will have if any. Some research has recently suggested that nursery staff employees make far less than the guaranteed minimum wage, and because of the minimal work-related benefits that are involved, this is not a good sign for these workers. Just like other businesses, private nurseries could try to access new government loan schemes, which will allow them to take advantage of this funding. However, staff salaries which can already be very low, well below minimum wage, are literally working for what many refer to as a starvation wage.

In these situations, nurseries in England had difficulty recouping the income that has been lost. There has been some advice provided by big companies on websites, but these change quite often. Just Childcare has stated that parents need to continue paying the fees when they were not open, although this seems to have changed, and now their justification for still receiving this money is no longer stated. Bright Horizons is another one of the large chains that tried to position itself as a company that can provide childcare for the so-called key workers, but now they are saying that they are only offering webinars that can help manage the crisis.

The COVID-19 pandemic has become very visible to employers and government officials concerning childcare. Although this was not seen before, it is now seen as an integral and essential part of the employment and educational system. If multiple childcare businesses failed, the consequences would be extensive, and economic recovery may not be possible. There are also many contradictions within this sector, as well as a lack of coordination regarding poor wages, the high cost of using the services, inconsistent funding, and a complete lack of accountability as has never been seen before. The childcare system and early education businesses really need to be overhauled. There are also many other areas that the pandemic has shown to be neglectful of its employees and patrons, and has done so for many years. It is hopeful that, at some point, much can be learned from this travesty.